Galería El Museo presents the El Circo del Museo de Duchamp del Arte Malo exhibition by Álvaro Barrios (Barranquilla – 1945) at the room on the first floor. In the mid-sixties Barrios was part of the generation that led the transition from modernism to contemporary art in Colombia, and he was an essential figure in the first manifestations of Conceptualism.
His work is strengthened with the creation of “Grabados Populares” (Popular Prints) published in newspapers and in an extensive creative dialogue with the proposals of Marcel Duchamp. In 1980 Barrios exhibits a set of works dedicated to Duchamp, which raised questions on how to think about art in Colombia. Ironic and educated, his sense of humor allowed him to swiftly navigate several fronts and interests: beginning with the Theory of Art, criticism, history and curatorship and all the way through poetic situations of great magnetism and fantasy expressed through numerous media: drawing, painting, installations, documents, texts, letters or shadows.
El Circo del Museo de Duchamp del Arte Malo, emblematized by a work in which a band of trained seals juggles classical Duchamp pieces, the title «circus» seems to begin and end there. Thematically isolated, demonstrating the prestige of Barrios as a «delicious colorist» and using conventional means such as painting, Barrios’s exhibition continues with two-colored pieces taken from the comic strip «Terry and the Pirates». The victims of his sophisticated irony seem brought from the 1940s in a relentless Time Machine, but the problems it addresses are anchored in a decadent present legitimizing the Biennials, auction houses, powerful international galleries and timeless socialites.
Barrios, a native of Barranquilla, trained at the School of Fine Arts and the School of Architecture of that city. He studied Art History at the Italian University for Foreigners in Perugia, and at the Giorgio Cini Foundation in Venice. His work is represented in important international collections, including Daros Latinoamérica (Zurich – Rio de Janeiro), the Regional Contemporary Art Fund of Lorraine, France; El Museo del Barrio, the Brooklyn Museum and The New York Public Library in New York.
Between 2004 and 2007, the Museum of Modern Art in New York acquired a significant number of his Popular Prints. His “Sueños con Marcel Duchamp” (Dreams with Marcel Duchamp) are part of the current exhibition at MoMA, «Transmissions: Art in Eastern Europe and Latin America, 1960-1980», which will be exhibited until January 3, 2016. 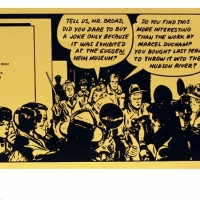 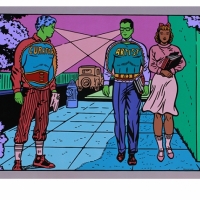 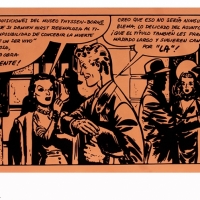 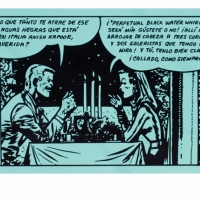 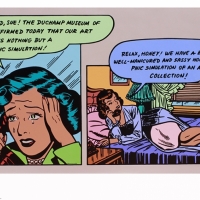 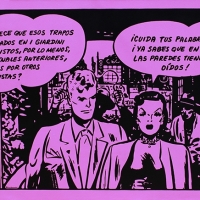 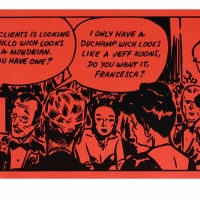 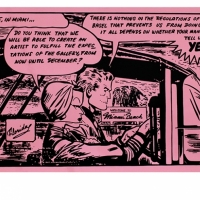 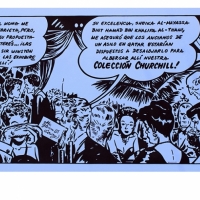 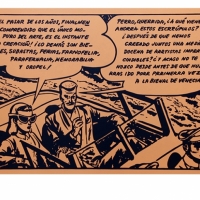 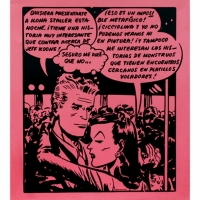 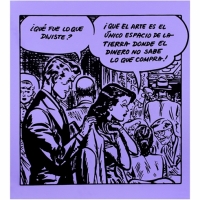 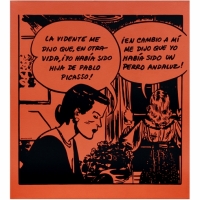 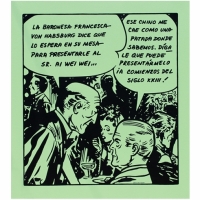