Galería El Museo is exhibiting the work of Brazilian artist Gustavo Rezende (Brazil, 1960), Dusty, for the first time in a solo exhibition. Rezende’s work is an ongoing narrative about the autobiographical relationship between the artist and the subject, which formulates questions that unite the collective imagination of the visual arts and literature with inquiries about identity and gender.
Rezende’s work questions the place of art and the artist in a controlled and massively influenced contemporary society through the self-portrait. His fictional characters (which in turn are the artist himself) Maxwell, Gus, Allan or Mark find themselves in situations that lose touch with the realities of the artist’s responsibility as creator of the work on the one hand and on the other, as a socially and politically marketed structured being
Since the beginning of his career in the eighties, Rezende’s work was characterized by sculptures of archetypal shapes and materials such as wood, bronze, plaster and lead. By the nineties, the artist incorporated new media to his work, and his production expanded in order to find different languages such as Manga and to create works with masking tape used in the construction of a particular and reflective narrative.
Rezende’s work has been exhibited in several countries and has become part of the Candido Mendes Cultural Center collection in Rio de Janeiro, the Museum of Modern Art of São Paulo, the Museum of Modern Art of Rio, and others. In 2013 he had a major retrospective exhibition at the Pinacoteca do Estado de São Paulo featuring forty works including photographs, drawings and sculptures. 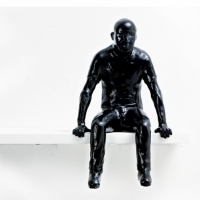 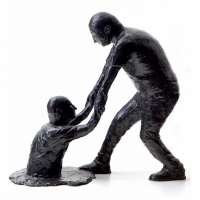 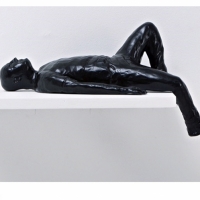 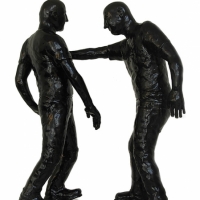 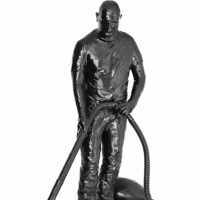 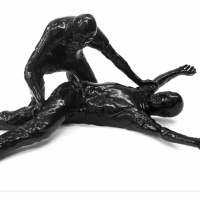 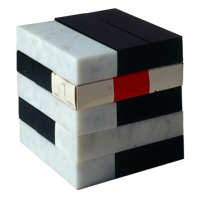 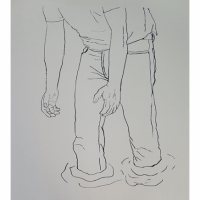 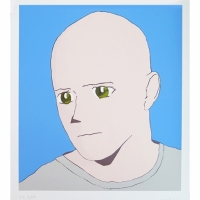 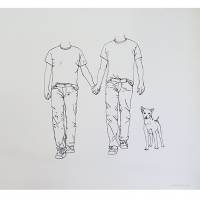