The works of the multifaceted artist Gabriel Silva reveal universes that emerge from his imagination, recollections, of the remnants of memory, of everything he has lived and experienced. In Cosmografías [Cosmographies], the artist paints a map of dreamlike worlds, in which he recreates atmospheres and spaces with a palette in a wide variety of colors. There are no photographs, there is no specific reference but rather the constant memory of THE DESCRIPTION OF EGYPT, by Piero de la Francesa, by Ucello, science fiction, Neo Rauch, the cinema and traveling painters of the 17th and 19th centuries, among many others, where the landscape is the subject and it is also the excuse.

In this exhibition, each of his paintings is displayed side by side to achieve a visual continuum. Each piece maintains its individuality while being part of a series, in which they share the same dream theme. When their edges touch, the pictures change and become another one despite having similar components. In some of these works, Silva presents a dark landscape inhabited by faceless characters that blur on the horizon. In others, outer space takes center stage in the canvas, with moments of transformation and shock suspended in silence.

Gabriel Silva completed a B.A. in Advertising from Universidad Jorge Tadeo Lozano. Additionally he studied drawing and painting at Camdem Town, Art Institute in London, as well as engraving at La Taile Douce workshop in Paris. In 1990 he received an honorable mention in the XXXIII National Salon of Artists, as well as in the II Biennial of Art in the Museum of Modern Art of Bogotá. In 1997, he was a finalist with his project “Emboscada” for the Luis Caballero Prize. His work is part of important collections both in Colombia and abroad. 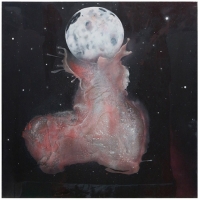 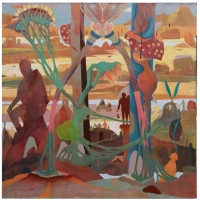 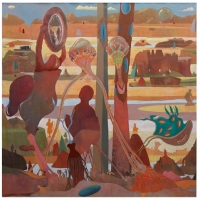 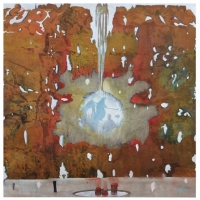 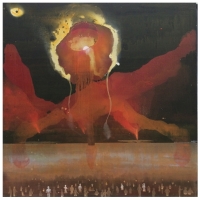 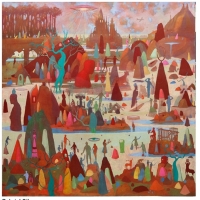 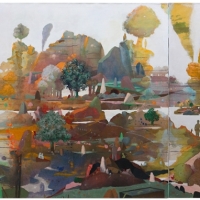 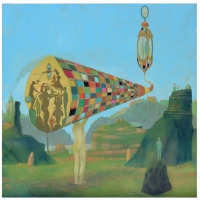 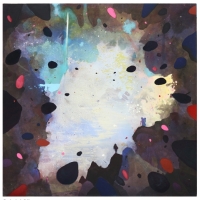 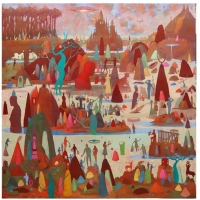 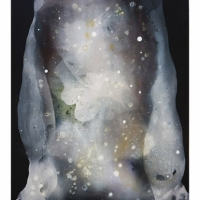 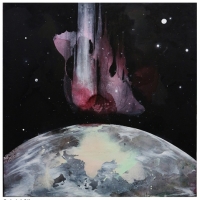 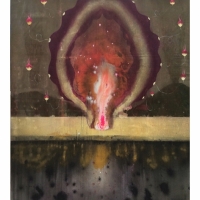