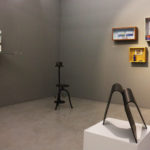 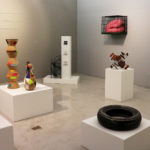 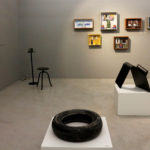 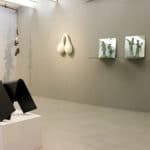 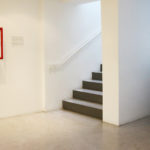 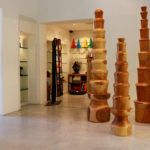 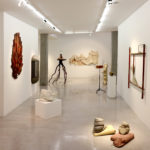 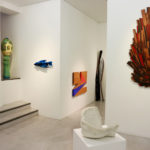 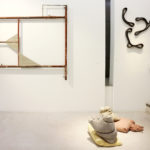 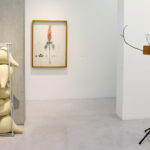 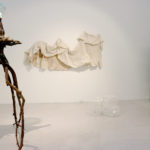 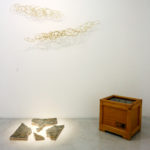 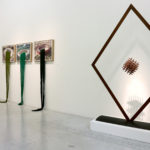 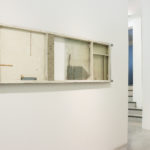 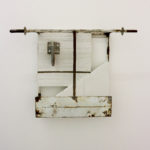 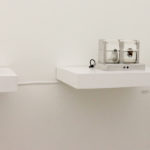 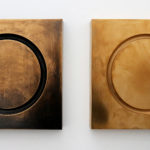 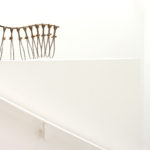 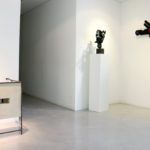 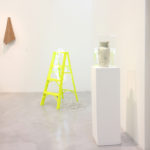 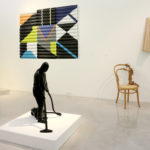 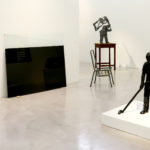 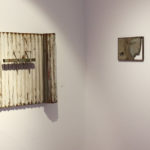 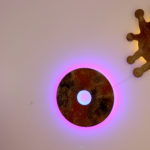 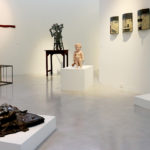 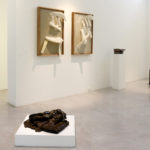 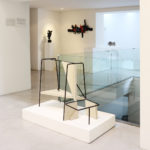 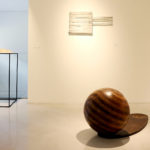 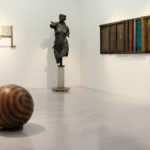 Sculpting is a means of expression that has existed since Prehistoric times: beginning with the Venus of Willendorf, through Mesopotamia, Egypt and all the way to Greek and Roman sculpting, it has been subject to representing the human figure, animals, deities and the traditions of various civilizations. It is through the figures of Ancient Greece that the idea of the canonical sculpture arose. This concept defined the parameters of beauty, harmony and aesthetics of the West and remained applicable in three-dimensional representations until the end of the XIX century. Traditional sculpting was primarily based on using rock, marble, bronze, clay and wood as materials that were worked on by means of carving, modeling and casting metal. Artists were taught these techniques through their academic education.

As modernization and the continuous industrialization of the XX century arrived, artists broke with sculpting traditions, introducing sculpture objects into the artistic field, using new manufactured materials that are valid in contemporary art. Various movements in the beginning of the century, such as Cubism, Dada and Futurism moved away from the manual aspect of creations, introducing assemblages made of industrial materials and readymades, which took everyday objects and made them works of art. Towards the middle of the XX century, the use of plastic and glass was emphasized due to its sculptural potential, workability and flexibility. These materials broke the solidity of the volume found in traditional sculpting, incorporating playing with light and space within the artistic process. In this way, sculpture objects introduced the environment as part of the work of art instead of it standing on its own as it did before.

In Colombia, a country where art resisted to leaving the naturalist figure and representation, the path towards modernism, abstract art, finally opened in the 1950’s under Edgar Negret (1920-2012) and Eduardo Ramírez Villamizar’s (1922-2004) leadership. Negret, with his Magical Apparatuses, his assemblages of painted metal, and Ramírez Villamizar, with his Structures, led the way to a generation of young artists with a great capacity of exploration, who introduced new materials and techniques to the context. Subsequent generations divided into two groups: the young people who were more inclined towards modernity and those who remained within aesthetics and academic work.

Within the group of more traditional artists were Enrique Grau (1920-2004), Fernando Botero (1932), Ana Mercedes Hoyos (1942-2014) and Darío Morales (1944-1988), who remained within the traditional guidelines of sculpting by working with bronze and representing human figures and animals. On her part, Débora Arango (1907-2005) explored the environment of ceramics and the modeling possibilities of this field. On the other hand, seeking to break the barriers of sculpting with other artistic disciplines, there were the young people more inclined towards modernity, such as Feliza Bursztyn (1933-1982), who used scrap metal, Carlos Rojas (1933-1997), who used recycled materials, Bernardo Salcedo (1939-2007), who assembled found objects, and Olga de Amaral (1932), who explored using textiles as a means of art. They created sculpture objects that removed themselves from academic contexts and led Colombian sculpting towards innovating artistic techniques and towards the path of contemporaneity, breaking with tradition.

Sebastián Dávila (1981), a guest artist of this exhibition, proposes compositions that suggest absurd narratives. He seeks to transform what was already considered disposed of in place by assembling found objects and using concrete. Dávila uses indisputably utilitarian architectural codes, such as doors or stairs, depriving them of their functionality. In his most recent work of art, he especially emphasized integrating the parts with their context, continuing to play with negative space and incorporating the effects of light in his works of art.

Nowadays, the idea of sculpting continues to expand – from hand-made sculptures, to readymades and assemblages, to digital imaging – this artistic medium continues to explore the ever-more vague limits between everyday objects and works of art. Close to sixty Colombian and international artists with various backgrounds will participate in this first version of From Objects to Subjects, all of whom approach the expressive possibilities of three-dimensionality and the changes that have occurred in the last seventy years, using various languages and techniques.

The From Objects to Subjects exhibition intends to depict the evolution of the relationship between the sculptural object and the subject it contemplated, reflecting on the transformation that has occurred throughout the aesthetic and artistic movement, not only in the plastic fact, but in the perception that spectators have created and continue to produce regarding it.